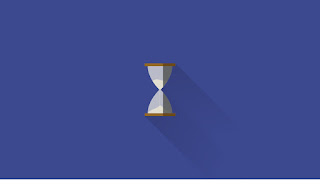 How many half-finished projects do you have cluttering up your life? I’m talking about the kind of projects that seemed like a “no-brainer” at the time but somehow fell to the back-burner.
Maybe you came up with a unique business idea that no one else is doing.
Maybe you “started” a new band last year, but haven’t actually practiced together yet.

Maybe you’ve been “meaning to” transition your little bedroom studio into a full-time endeavor.

How many infomercials have you seen for a product that made you say “I had that idea 5 years ago!”?

Basically, every single unfulfilled New Year’s resolution you ever made would fall under this category.

If this sounds like you in any way, then congratulations. You’re the victim of a phenomenon calledThe Law of Diminishing Intent.

“The longer you wait to do something, the greater the odds that you will never actually do it.”

Don’t just let your eyes glaze over that law. Go back and read it again, then let it sink in for a second…

This is something that has KICKED MY FUCKING ASS over the last 6 years.

It’s the reason I’ve only written 14 articles in my blog’s four-year existence.

It’s the reason I’ve yet to launch my podcast.

It’s ultimately the reason my first software company failed to achieve any amount of success (and thus has been put on hiatus).

I’m sure you can relate.

Every single one of our half-finished projects are casualties of the Law of Diminishing Intent.

They are half-assed attempts at progressing your life. Nothing more than a polite “nod” to progress.

Don’t get me wrong. There is value in attempting new things, stretching your comfort zone, and setting goals. The part where you and I have fallen short is on taking action.

The one thing that actually matters.

If you were to boil down the difference between successful and unsuccessful studios to one thing, that one thing would be action.

The successful see a goal or an opportunity and take action immediately.

The unsuccessful say, “I’ll do it tomorrow.”

The Difference Between Successful and Unsuccessful People

Taking action immediately is one thing that will put you ahead at the end of the day. However, it takes a slight shift in mindset.

The unsuccessful say, “I can’t…”

Instead of using one of the typical excuses I hear constantly…

Maybe it’s finally time to “80/20 your life” and start saying “no” to the things that aren’t progressing your life in a positive way. Stop spending so much time browsing Netflix, playing video games, or bitching to your friends about how tough your life is.

Most people hit a wall and just give up. You’ve heard this line from a thousand people:

You can fill in the blank with pretty much anything.

“I want to start a studio, but I don’t know what gear to buy.”

“I want to start a blog, but I don’t know how to use Wordpress.”

Instead of making excuses at the first sign of resistance, change your mindset to “how can I?”

“I’m going to start a studio, so I should research which gear is the best for my budget.”

“I’m going to start a blog, so I should watch some tutorial videos about the basics of Wordpress.”

Notice how the word “but” isn’t in either of those sentences?

The action takers are the guys that had the same infomercial idea as you, except they took the actions necessary to bring the idea to fruition.

They are the people that stuck with the band long enough to find their own sound, which led to their ever-increasing success (Bring Me The Horizon is a great example).

These are the people that took action every single morning at the gym to transform their bodies from “What a fat shit slob” into “I’d probably tap dat ass.”

These are the producers and audio engineers that made the leap of faith necessary to pursue their passions full-time, instead of “waiting until next week.”

How To Kill Your Dreams

Every time you put something off until tomorrow you might as well put a gun to the head of that dream/passion/goal/idea and pull the fucking trigger.

And unfulfillment, frankly, leads to a shit life.

Who knew one law about procrastination could lead to such a Debbie Downer email?

Let’s talk about what you can do to avoid becoming a victim of this law.

You essentially have 48 hours to act on a new goal before it starts to wither and die. This goes for pretty much everything that requires action on your behalf.

If it’s an action or goal that will take more than 48 hours to complete, then make sure you’ve broken down the goal into a list of bite-sized chunks you can tackle in less than 48 hours each.

For every second, minute, hour, day, week, and month that goes by, you lose that passion and excitement about doing what you were initially so excited about.

Of course, making the change is easier said than done. To really make a change, you have to establish some form of accountability.

Find that friend who always seems to get shit done. The guy that never procrastinates, neverdelays, and never makes excuses.

The guy that always takes action as soon as he can.

This is the guy you want to tell all of your intentions to. Let him know that you’ve been struggling with procrastination, and you will be doing “X” every day until “Y” is accomplished.

Make sure he holds you accountable to your plan. Otherwise, you will easily slip back into a routine of complacency.

I personally have a “goal walk” with my best friend every week. This is basically just a walk we take around downtown Nashville every Wednesday night. During this walk, we discuss our progress since our last meeting, and we share our goals for the upcoming week.

Simply creating enough accountability in your life will be enough to eliminate most of the pointless procrastination. All of your “I should be’s” will turn into “I’m doing” or “I already did.”

“How does this apply to my studio?”

You may wonder what all this has to do with your own studio or business struggles. The answer iseverything.

The mere awareness that something called “The Law of Diminishing Intent” exists is enough for some people to get off their asses, stop wishing, and start doing.

Applying the 48 hour rule to your studio (or life, for that matter) is enough to change the trajectory of your career forever.

This small change can have a major impact on what you will be talking about in a casual conversation with your best friend 5 years from now.

Option 1 – The Procrastinator 5 years from now : “Dude, the Tennessee Titans football team looks like trash again this year. I can’t believe they’ve gotten the number 1 draft pick the past 3 out of 5 years. What in the actual hell?”

This is a low-value conversation that ultimately has no lasting impact on anyone’s life. The Procrastinator has clearly been following the Titans’ shitshow over the past 5 years and has little-to-nothing to show for it in his personal life.

Option 2 – The Action Taker 5 years from now : “I’ve been brainstorming ways we can expand our studio. I thought about adding a 2nd control room so my assistants can be working on editing tracks while I’m recording the band in Studio A.”

This is a much more meaningful conversation that shows how much work the “Action Taker” has put in the past 5 years.

As a matter of fact, “option 2” is a real conversation I had with my friend Sam Pura, the owner ofThe Panda Studios. He expanded his studio to multiple control rooms in an effort to increase his potential income (it worked).

Sam Pura is a guy who’s been hustling for years. He does what he says he’s going to do, and he doesn’t make excuses for anything.

Which would you rather be: A thriving producer with new employees and an ever-expanding studio or a “sports bro” bitching about football with his buddies while never taking action on his dreams?

I don’t know about you, but that seems like an easy choice… yet so many people become the bitching sports bro.

I’ll finish things off with this riddle:

“If 5 frogs are sitting on a log, and 4 decide to jump off, how many frogs are left?”

Think you have it?

Why five? Because there is a major difference between “deciding” and actually “doing.” Keep that in mind the next time you put off something important in your life.

What has procrastination cost you in the past?

Has procrastination caused you to miss out on opportunities?

Has procrastination caused you to let down people in your life?

Has procrastination caused you to fail to reach a goal you set out for?

The entire “I’ll do it someday” mindset can be a massive detractor to making any sort of progress in your life.