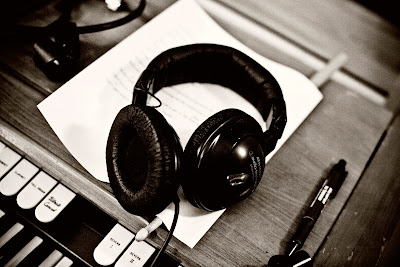 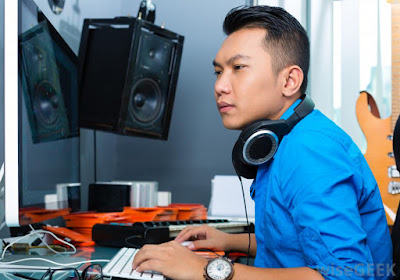 “Blonde” is absent from the Spotify “United States Top 50.” Talk of the town for two weeks, his album is already in the rearview mirror. Which is why exclusives are bad for artists, you’ve got to get them while it’s hot, hit ’em with the Hein, otherwise they’re on to something new.
And that’s the issue, more than albums or exclusives, it’s about mindshare, noise in the channel… You drop your album on one day, and what are you going to do for the rest of the three hundred and sixty four? You’ve shot your wad, it’s done, it’s over, you’re lost in an old paradigm, if you’re about hits, and the business is solely about hits, that’s what you’ve got to deliver, over and over and over again.
Better to release a track every other month. As long as you have the attendant publicity. Forget moribund radio, which moves so slowly, playing the same songs after they took the better part of a year to get added. On streaming services, the game is very fast. Your track goes on the chart and it’s your responsibility to keep it there. Publicity will get you attention, quality will gain you staying power.
Now if you’re building it on the road, which is nearly impossible, because no one will come see you if you don’t have a hit, sure, drop an entire album, work it for a couple of years, try to get inside people’s heads.
But if you’ve already made it…
That album will be scooped up by a small cadre of fans, assuming they’re aware of it, but everybody else will ignore it. They’re inundated with music.
Not that you don’t need a body of work. Assuming someone discovers you, they need to be able to go deeper. So, best to build a presence, a trove of tracks online, but when it comes to new material…
If you’ve got something to say that’s gonna take forty minutes, and it really shouldn’t be longer, only country acts seem to know this, by all means give it a go, record an LP. But if you’re just woodshedding and assembling tracks, don’t. Or just post them on streaming services when they’re ready, with little fanfare, save all the hoopla for the potential hits.
The sales charts don’t fit the modern paradigm. Purchase is nearly irrelevant, listenership is everything. Imagine, for years we judged success by whether you could get newbies to buy your album. That’s insane. What we want to know is whether people are listening to it! That’s the only relevant metric.
And that’s what the streaming charts are based upon. You might be able to influence getting added to a playlist, but you can’t work the top list, no way.
So, change your way of thinking.
Don’t try to come up with twelve tracks, try to come up with one track, which might require twelve attempts, but…
You’re a songwriter, a musician, that’s what you do, keep doing it.
But know we only want the cream of the crop. There’s no use advertising anything but.
Forget the media married to the old ways. Reviewing long players, reprinting the SoundScan chart. That’s for old people inured to old ways. So, you get a review, who cares if no one streams it! And we’ve already determined sales are a bad indicator.
It’s the 1960s all over again. Tracks last a month or two. And then we’re on to something new. The jammed up and jellied tight radio charts have been superseded. It’s a more fluid market, and this is good for you.
And one track streamed a hundred million times is better than twelve tracks streamed one million times each. That’s right, there’s more money in one track, this is the opposite of the CD paradigm, where you get them to overpay for one good track so everybody can make money. Now, the money’s only in the hit that breaks through.
And Frank Ocean’s “Blonde” is not a complete stiff. Three tracks have about ten million streams. A couple are around seven. A bunch are at two or three…
But the Chainsmokers/Halsey cut at number one is getting 1,467, 471 streams A DAY! This cut “Closer” has been streamed on Spotify 388,511,078 times in its history, far in excess of “Blonde” in the aggregate.
Number two, the Weeknd’s “Starboy,” gets 1,327,357 streams a day and has 82,366,575 cumulative streams, and it was only released September 21st!
Then there’s DJ Snake’s album, “Encore,” containing the big hit with Justin Bieber, “Let Me Love You,” which has 797,743 daily streams and is sitting at number four on the chart and has a cume of 280,272,323 streams. Most of the other tracks, other than the single hits on “Encore,” have a few million streams. Proving that most people don’t want to hear the rest of the album, only the hits. So, why not just put out hits?
It’s not easy to record a hit. But today, the great thing is if you fail, you can step right back up to bat. Your core is listening, if you achieve greatness they’ll give you a push, get you going.
As for the rest of you…
The bar has just been raised. Now that everybody can play, most people go unheard, at least in any quantity. You can play by the new rules or bitch about the change, it’s your choice.
But the public has spoken.