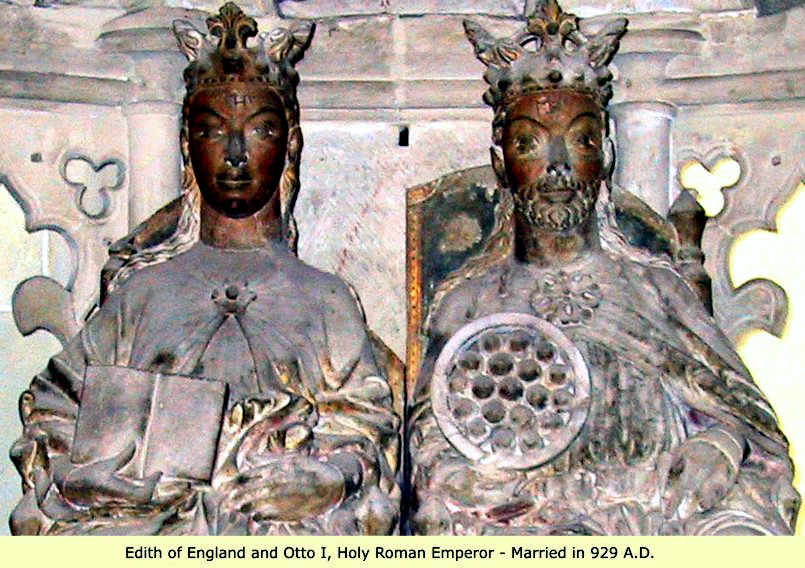 The word Naga Means “Serpent” in the Vedic Sanskrit. The Hindu Naga Serpent Gods of India are mention in the “Upanishad Texts”, Nagini for the feminine. Indian Serpent Ruler, son of Kadru (Kedar in Hebrew means Black). In ancient India , the people with the blackest skins were respected and held to high esteem; original, first or primary. The Nagas ruled India as well as a substantial portion of Asia from Arabia to China and the South Pacific, as well as the Indian Ocean region. There are a few definitions of the Naga but the origin is the Naga serpent, or the Naga’s a race of serpent like people from Hindu and Buddhist mythology. The word Naga comes from the Sanskrit and nag is still the word for snake, especially the cobra, in most of the languages of India . The Naga is referring to the people who have full access to the Kundalini energy. Kundalini being a serpentine force, to be honored with being called a Naga is to be wise as the serpent. Matthew 10:16 verse “Be ye therefore wise as Serpents, yet gentle as doves.” Note that the Snake (Serpent Spirit) has been a symbol of wisdom since the metaphysical story of Adam and Eve. It’s the wise Serpent who offered them the fruit of knowledge. Also attach to the wise Nag serpent is eternal healing, mystery, magical power, and holiness throughout most of the ancient non-western world. It’s shedding skin represents the power of life; death; resurrection. It’s used in everything from sex potions to drugs to kill cancer, life and death. It’s poison can kill and is used to heal, it’s shed skin is a symbol of resurrection. It’s a symbol of all the four elements water, air, earth and fire. The wise serpent lives in water and also in the earth, the poison is fire and the movement in “S” form is the same way waves move across air. Its symbol is used today in medicine, and other healing professions in the form of the Caduceus, and its live descendants are hailed as sacred and used in everything from cancer drugs to sex potions.

The ancient Egyptians called their Pharaohs “N-G-R” (Net-ger) because the Egyptian Pharaoh was seen as a representation of the sun and the Sun God. The original Pharaohs who were pure Black Africans SAW BLACK SKIN AS SACRED AND A DIRECT BLESSING FROM THE SUN GOD, ATEN. In fact Blackness and black skin became associated with God and the sun. BLACK PEOPLE WERE POWERFUL, CULTURALLY ADVANCED, MILITARILY SUPERIOR, BLACK/DARKBROWN IN COMPLEXION, STRONG STATURE, TALL AND DESCRIBED AS A “HANDSOME” RACE , (SEE HERODOTUS, “THE HISTORIES, DESCRIPTIONS OF “ETHIOPIANS” OF AFRICA AND SOUTH INDIA). The recognition of the Pharaoh as a living God and the black skin as a blessing spread worldwide to other cultures. In fact the term “Net-ger” became the Ethiopian “Negus” or “Negashi.” In the Sudroid (Indo-Negroids of India) languages of India, which are part of the Cushite branch of the African languages, the term “Naga” denotes original or first. In fact, in ancient India, the people with the blackest skins were respected and held to high esteem, unlike today where the racist, colonialist and alien concept of “varna” or castecolor racism places Sudroids, Indo-Negroids, Black Tribals, Dalits, Negro-Australoids and other BLACKS AT THE VERY BOTTOM OF INDIAN SOCIETY. See (www.dalitstan.org/books/sudroid) The term “Ngola” (Angola) means “King” in the Angolan languages. This term was mistaken by the Portuguese to mean to DESCRIBE “Ndongo,” the kingdom.

The first people to corrupt the term “N-G-R” were the Roman invaders of Egypt who may have heard the term used to describe the leader of Egypt or Nubia. The term “Niger” was later used to mean any Black/Negroid person that the Romans saw in Africa or anywhere else. The Romans tried to invade Nubia during the early years of the Christian Era. Then, Nubia-Kush was ruled by a line of Queens called “Ka’andak’es (Candace). One such queen and her son defeated the Roman army at Aswan, see ( http://community.webtv.net/paulnubiaempire ) Egypt and burned the Roman Fort. AND CARRIED THE BRONZE HEAD OF ROMAN EMPEROR AGUSTUS TO THE CUSHITE (NUBIAN) CITY OF NAPATA. The Romans colonized and spread the Latin language to Europe. Due to this linguistic influence, the Latin term “Niger” became “Negre” in French and “Negro” in Spanish. The English colonialists and slave entity borrowed the term “Negro” from the Spanish. The term for Black people in England before Shakespeare was “Moor” or “Black-a-Moor.” The English slave owners degraded and defiled the entire name by turning the Negro into a slave and turning the original term “Ned-ger” or “God” into the racist term “Nigger.” One can say that they have insulted the sacred name for “God” and have oppressed the original people created by God. This phenomena is due to their own sense of inferiority.

Other Words Related to the Naga or Nag:

Naga-raj: King of cobras
Naga-rjuna: A Baudha Saint
Nag-eena: Gem of Ring, Diamond, great
Nag-endra: Lord Shiva
Nag-esh: Lord Shiva, Lord of snakes
Nag-eshwar: Airawat, Sheshnaag
Nag-eshwaran: Lord Snake
Nag-mani: Lord Krishna, Snake’s Gem
Nag-pal: Protector of Snakes
Nag-pati: Master of Snakes
Nag-raj: Sheshnaag, Snake king
Nag-ulan: Wi t t y
Niger and Niger-ia: are two countries in Africa . The words ” Niger ” means in Ibo “King
(emperor)” and “Niger-ia” means “Queen (empress).”
Negro: is a Spanish word meaning “Black.” Negro is closely connected to the word Necro, a Greek word, which means “Dead.” “Black” and “dead” is also derived from Naga the “Black Serpent”. In other languages such as Italian, northern dialects still use
Negher to refer to “black.” Neger in Dutch and German had the same meaning. In the
Netherlands , Neger is generally not considered a slur, but in German the word has fallen out of use. Negrois is the preferred polite term for a black person, in contemporary Portuguese. In French, N èg re was the word generally used in the 19th century and earlier times to describe black persons of African origin, or, sometimes, African slaves. It now too is considered as a racist word, and the word noir (black) is always used instead.
Negger: “Golden One” in ancient Kemit. Negger is another form of the god “Geb also referred to as Seb and Keb. This god was the personification of the earth, and indeed this is what his name means earth, and thus it was said that when he laughed, it caused earthquakes. The feminine version would be the goose that laid the golden egg reference to the universe being an egg before the big bang. Also Mother Goose would be a way later version of Geb. Geb is prosperity because of the association with fatness, and pregnancy, cosmic egg and so forth, the individual glyph became used as the word for goose represented as a black goose, where black represented the fertile soil and also the people of the land, The Negger’s. It is also a termed for the King-Initiate which keeps its connection to Naga the Serpent King/ Queen. Literally translated Arnold Schwarzenegger (German) Schwarz = Black or Black-Negger.
Niger : is a masculine derivative of the ancient Kamite word Ngu, which means Serpent King. It is a title of the Kamite King, Pharaoh or Priest. Niger-ia is a feminine derivative of the ancient Kamite word Nga, (Naga) which means “Serpent Queen.” It is a title of the Egyptian Queen; this title was given to those who have mastered the Uraeus power. When you see an Egyptian headdress which has a snake on the top of it, you are looking a Uraeus crown. Seen in most hieroglyphs as an upright form of an spitting cobra, used as a symbol of sovereignty, royalty, deity and divine authority in ancient Kemit. Uraeus is obvious reference to the Kundalini energy.
Niger II: officially the Republic of Niger is a landlocked country in Western Africa, named after the Niger River. It borders Nigeria and Benin to the south, Burkina Faso and Mali to the west, Algeria and Libya to the north and Chad to the east. The capital city is Niamey.

Origins of “N” NEVER FORGET THAT THE WORD “NIGGER” CAME FROM THE KHEMITE/EGYPTIAN TERM FOR “GOD” AND AND THAT WORD IS “N-G-R” OR “NET-GER.” iN CONCLUSION, IT IS TIME THAT NEGROES, PAN-NEGROES (PAN-AFRICANS, MELANESIAN NEGROIDS, INDO-NEGROIDS, NEGRO-AUSTRALOIDS) AND BLACKS WORLDWIDE START BELIEVING THAT THE NEGRO IS OF THE GODHEAD AND SHOULD START BELIEVING IT, HAVING SELF-CONFIDENCE, BELIEF IN SELF AND IN ABILITY. IT IS TIME TO REVIVE AND RETURN TO BLACK/NEGRO RELIGIONS THAT HELP DEVELOP THE MIND, BODY, SOUL, SPIRIT AND THE BELIEF IN SELF, RATHER THAN IN ANOTHER PEOPLE’S SHRINES, HOLY BOOKS, HOLY LANDS AND GODS OR IN RELIGIONS THAT PREACH OF BLACKS BEING “CURSED” OR PREACH “BROTHERHOOD” ON ONE SIDE OF THEIR FACES WHILE COMMITTING ETHNIC CLEANSING, SANCTIFIED RACISM AND GENOCIDE ON BLACKS. DEEPER KNOWLEDGE FOR YOUR MINDS!!